Joe Cauchi was a life-long artist, painter and art teacher. Born on the Island of Malta (see below), his works span 50+ years, beginning with early sketches of New York City and scenes of farmers and farm workers. He lived in the Greenwich Village section of New York City from 1931 to 1944, while working at Cornell Medical College as a medical illustrator and micro-photographer. He attended formal art classes at the Art Students League and the New School for Social Research, where his classmates included Edith Beiner (later to be his wife & partner in art) and Jackson Pollock. He spent much of his free time traveling to rural and poorer parts of the country during the depression, sometimes living with the migrant workers while painting the story of their lives and their workplaces.

His bold abstract works of the 1960\'s and 1970\'s were produced from his studio in West Redding, Connecticut (60 miles north of N.Y.C.). The works often had themes of conflicting forces, cosmic and astronomical events, with subjects sometimes associated with science fiction.  He worked mainly in oils and acrylic paints, as well as occasional watercolors and charcoal. He also produced a few ceramic sculptures.

Some 100 of his paintings now are located in Colorado and Connecticut with individual works on exhibit or owned in Massachusetts, Connecticut, Colorado, New York and the nation of Malta. Some works are available for sale or exhibit, at prices ranging from $100 to $20,000. 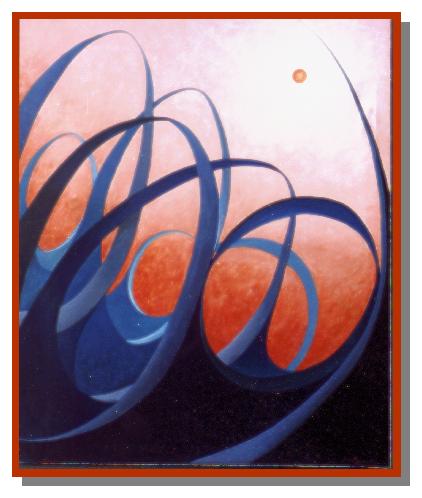 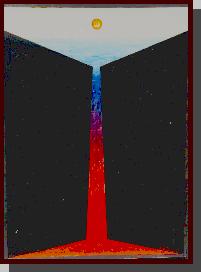 Joe Cauchi was born and raised on the Mediterranean island of Malta (60 miles south of Italy). The son of Dr. Thomas Cauchi, MD, of Victoria, Gozo, Joe began medical training himself in Europe before coming to the United States in 1930. His younger brother Alfred became a well-known physician in Malta until his death in 1990. His sister, Sr. Maria Louisa (Vittorina) Cauchi became a mother superior with the Sisters of Charity hospital and orphanage during and after World War II. His other sister, Adelina Vella, lived in Australia for more than 60 years until her death in 2002.  The personal and family influence of medicine, especially in his paintings based on views through the microscope, is evident in a number of Joe\'s later works.